The sunny city of Orlando, FL hosted the largest international tradeshow for the attractions industry, IAAPA Attractions Expo 2015, between November 17 and 20, 2015, and Artec's instant full-body 3D scanner Shapify Booth picked up a real lot of interest during the event.

Creating ready for print and Facebook shareable 3D models of customers, known as shapies, Shapify Booth is a great revenue booster for theme and water parks, cinemas, museums and other venues with a heavy footfall. A 3D printed mini-me figurine which replicates your looks and facial expression in the finest detail, a shapie is a new special way to keep the memories of life's happiest moments, such as a day spent in a park. 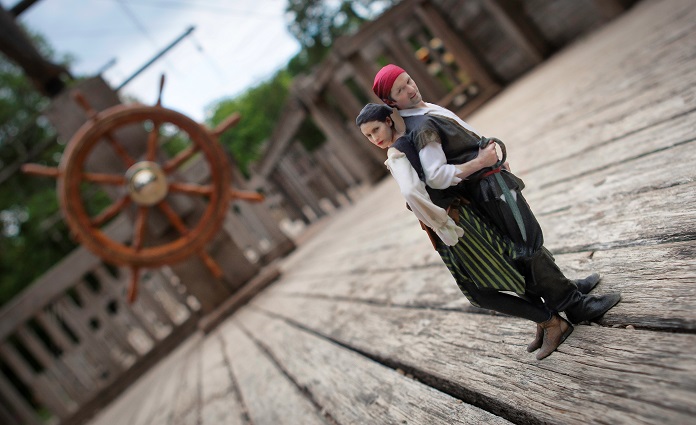 Out of the 1,000+ exhibitors at the IAAPA expo, Artec is one of the few companies featured in a video report about the show made by AttractionsMagazine.com, Orlando's only magazine that covers all of the local tourist attractions. One of the two hosts of the magazine's video blog, Elisa Goldman, made a 3D selfie in the Shapify Booth and interviewed Artec's CBDO Andrei Vakulenko, who talked her through the process of making 3D portraits.

We are publishing an excerpt from the report. The full version can be found here: http://bit.ly/1PDW1Fr.